The Inconvenience of Peace 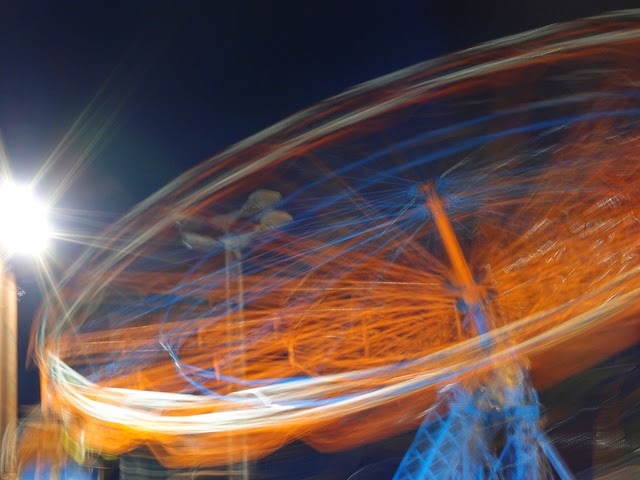 Arms crossed, lips pursed and an adamance in his eyes that I found amusing and disturbing at the same time, I watched my barely three year old cousin refuse to apologise to someone he had just been rude to. Sheesh! Egos develop early.

As we grow, some of us learn our lessons and are able to keep our egos a small size - most of the time; while the rest of us let it balloon and usually have it pricked and deflated very quickly by the world. Thats why, seeking peace becomes a very important thing.

I know that now. But, a couple of decades ago, after going for four days without speaking to my brother (post some silly squabble) I was feeling quite the victor - as a kid, being the sweetheart that he was, he would buckle and give in within a day, but the years added a lot of sense to him and, worse, diminished the efficacy of my vampish strategy. Four days of empty victory later, along came Sunday!

So, we go to church - maintaining status quo - and though we would have loved to sit on opposite ends of the church, we had to sit together as a family ("get, set, go inconvenience!") Half way through the mass the priest said, “Let’s now offer each other a sign of peace”. Now, sitting beside each other made things extremely inconvenient for me; however, surrounded by the hawk like eyes of our parents, we had no choice but to look at each other with folded hands and say, “Peace be with you.” It sucked the air out of both our ego-balloons; but deflated as they were now, the inconvenience of peace suddenly became a bridge to truce.

One thing I’ve noticed is that the inconvenience of peace is a global phenomenon. In Edinburgh, I’ve seen at least a couple of people, every Sunday, who suddenly just HAD TO find something in their purses or cough vigorously when it was time to say peace! In India, I’ve seen fellow church goers stand immobile, their necks straining as they stared straight ahead while those on their left and right looked expectantly - almost longingly - at them! I’ve even seen some family members prod their loved ones who were refusing said peace and offer it to them persuasively!

But, my best ‘peace’ experience was in Shanghai. Despite the mass being entirely in Mandarin, by sheer habit I knew what prayer was going on when; so when it was time for peace, I was all set to say peace to my Chinese brothers and sisters. The Chinese offer peace pretty much like us Indians - folded palms - and I did the same. It was a few moments before I realised that a very, very old Chinese lady (did I mention how ancient she was?!) who had been sitting a couple of benches ahead of me was completely enthralled with the only Indian face in that entire, huge church. She did a complete 180 degrees turn and continued to offer me peace with folded palms for a very long time!

Inconvenient? Not really. Amusing and a just a tiny bit embarrassing - to me and everyone else in between me and cute old lady? Very much!

Popular posts from this blog

March 15, 2010
As with most of life's revelations, I got one of my favorites at a mundane moment in the peak of summer. Cruising down Mount Road, the sun beating down my back and the road letting off its heat as mirages, the saying that ' when everything's perfect, something's wrong ' hit me bang in between my eyes as being so right. Since then, I've developed a respect for the many imperfections we come across in life, realizing that its the dash of' lemon', that brings out the flavor. Imperfections are like the crunch in the salad, the almonds on the ice cream, the poppy seeds on a complimentary batch of warm bread. Perfection is magnificent. Like the balance of our universe, like the way our bodies are formed, like the seasons, like the sun, the moon, the ocean. Like the the Creator and Organizer of all these. But looking for perfection in our own lives is a guaranteed way to Unhappy Valley. Accepting imperfections (which is NOT a synonym for mediocrity) is like c
Read more

March 13, 2009
Was it just twenty years ago that a landline was an 'in' thing?! Was it just twenty years ago that inland letters were quick enough? Was it twenty years ago that anything dot com would have been met with a blank stare? The world is celebrating the world wide web's twentieth year in existence, today! (Thank you Mr Berners-Lee!) and I'm joining in!! My first foray into the web was thanks to my brother, some twelve years ago! I still remember, we used to pay Rs.30-Rs.40 an hour (some cafes charged that for half hour) and I used to simply sit beside him, bored out of my wits, while he searched (not sure if it was Google that he used) for pictures of bikes, cars and then some minuscle studies related stuff (the original excuse behind the funds for this adventure! ) I only occasionally gave in to peer pressure during my teenage years, and the time I saw everyone rattle off email IDs (cuteflower@watever.com, findmeifyoucan@creepy.com etc etc) was one of them! I begged my br
Read more

Here we are again!

December 31, 2007
Happens every year end, this. I sit and wonder, how in the world can one year go by so quickly! And every year is the same. A hearty mixture of laughter and joy and a dash of tears and sorrows. But isnt that the very essence of life? Balance. If not one, then no appreciation for the other. So many wonderful things happened this year! Unexpected, expected.I learnt that if I wanted to be happy and be filled with joy, I only had to give the same. Wasnt easy, but possible. I learnt that even friendship needs all the ingredients of a relationship - unconditional love, forgiveness and turning a blind eye to faults, but most of all the ability to forget. Again, not easy, but not impossible. This year taught me, that where there is a will (and lots of love!) there is a way. Even over the Atlantic Ocean! That the embrace of a beloved is worth more than anything else in the world. That a sunset watched with my hand in that of a loved one surpasses even the glory of that dusk! That love is wh
Read more