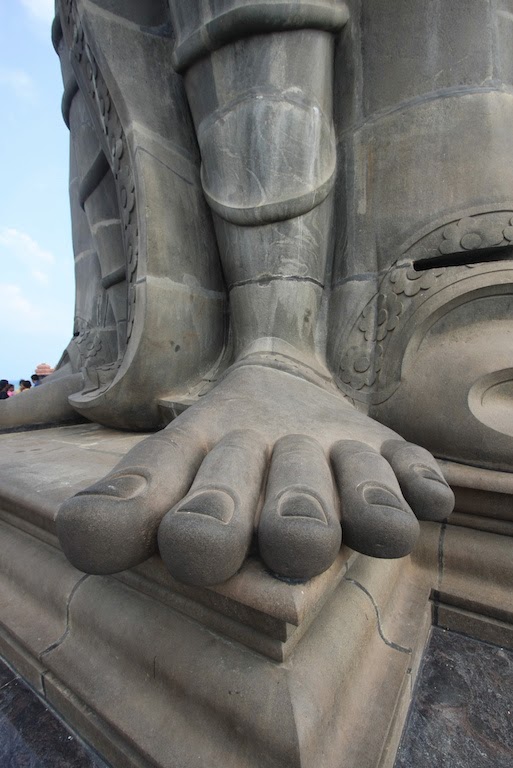 Fifa madness began just a couple of weeks ago for most; but, in my world footballs were being kicked and penalties being handed out for over a month and a half now. K’s focus and sincerity at playing the PS4 baffles me. I mean, I call myself a voracious reader, but can’t read more than a few pages at a time (that’s right now. There were times earlier in my life when gripped between the pages of a Forsyth, a Follet, a Sheldon, a Puzo or a Collins, I’ve gone for a whole day without food - ok, two meals….ok fine, one meal). He doesn’t call himself any grandiose names but is able to reach alarmingly high levels and ranks in short spans of time!

Anyways, the gentleman that he is, he always invites me to play all his PS4 games with him; and though I really, really, really, really do want to, my two left thumbs leave me way behind the start line. Seriously. Behind the ‘start’ line. That’s how bad I am. But this time, when his new FIFA game arrived, I sincerely believed that things will be different.  I’m a fast learner - most of the time - but, this time, much to my feminist dismay, my very muscly footballers ended up doing a strange version of Ringa Ringa Roses on the streets of Brazil. And while they were ‘a-tishoo, a-tishoo’ all falling down, my thumbs, forefingers, index fingers and usually also the rest of my body did a weird mating/rain dance sequence to somehow get them to play football.

Fine, so I made my peace with my non-sportiness and rejoiced when we bought a new game - a strategy game. Now, this had to be right up my alley, being the thinker/ponderer/mystery girl who also did some vague strategy courses in business school. Right? Right.

Let me humbly and honestly lay my game controller down (for its own safety) as I admit, that apart from my two left thumbs all my other fingers go comatose during game play. Seriously. My characters just don’t move - no matter the button punching and lever pulling. They just stand there and talk and talk and talk and talk and talk. I mean, at least my footballers did a sort of dance; but my strategising criminals/vigilantes stay put and indulge in small talk - usually in the dining area. Hmmm….!!!

I am at that point in my gaming life where I’ve accepted who I am - the girl who can’t handle more than two buttons at a time. The thing is, that's okay; because, to shoot a very irritated bird at a gluttonous pig my two left thumbs are almost all I need.

Unknown said…
Asheee..same pinch!! Exactly my feelings too! I say buy a wii or kinect..they work for us!
5:32 PM

!! Oxymoron !! said…
Haha! Sush, very true - I can handle the Wii with much less drama! :D Maybe they designed it for geniuses like us in the first place!
6:49 AM

Popular posts from this blog

March 15, 2010
As with most of life's revelations, I got one of my favorites at a mundane moment in the peak of summer. Cruising down Mount Road, the sun beating down my back and the road letting off its heat as mirages, the saying that ' when everything's perfect, something's wrong ' hit me bang in between my eyes as being so right. Since then, I've developed a respect for the many imperfections we come across in life, realizing that its the dash of' lemon', that brings out the flavor. Imperfections are like the crunch in the salad, the almonds on the ice cream, the poppy seeds on a complimentary batch of warm bread. Perfection is magnificent. Like the balance of our universe, like the way our bodies are formed, like the seasons, like the sun, the moon, the ocean. Like the the Creator and Organizer of all these. But looking for perfection in our own lives is a guaranteed way to Unhappy Valley. Accepting imperfections (which is NOT a synonym for mediocrity) is like c
Read more

March 13, 2009
Was it just twenty years ago that a landline was an 'in' thing?! Was it just twenty years ago that inland letters were quick enough? Was it twenty years ago that anything dot com would have been met with a blank stare? The world is celebrating the world wide web's twentieth year in existence, today! (Thank you Mr Berners-Lee!) and I'm joining in!! My first foray into the web was thanks to my brother, some twelve years ago! I still remember, we used to pay Rs.30-Rs.40 an hour (some cafes charged that for half hour) and I used to simply sit beside him, bored out of my wits, while he searched (not sure if it was Google that he used) for pictures of bikes, cars and then some minuscle studies related stuff (the original excuse behind the funds for this adventure! ) I only occasionally gave in to peer pressure during my teenage years, and the time I saw everyone rattle off email IDs (cuteflower@watever.com, findmeifyoucan@creepy.com etc etc) was one of them! I begged my br
Read more

Here we are again!

December 31, 2007
Happens every year end, this. I sit and wonder, how in the world can one year go by so quickly! And every year is the same. A hearty mixture of laughter and joy and a dash of tears and sorrows. But isnt that the very essence of life? Balance. If not one, then no appreciation for the other. So many wonderful things happened this year! Unexpected, expected.I learnt that if I wanted to be happy and be filled with joy, I only had to give the same. Wasnt easy, but possible. I learnt that even friendship needs all the ingredients of a relationship - unconditional love, forgiveness and turning a blind eye to faults, but most of all the ability to forget. Again, not easy, but not impossible. This year taught me, that where there is a will (and lots of love!) there is a way. Even over the Atlantic Ocean! That the embrace of a beloved is worth more than anything else in the world. That a sunset watched with my hand in that of a loved one surpasses even the glory of that dusk! That love is wh
Read more